These datasets are similar in nature, but can vary greatly in their reporting criteria and supplementary information. Eck (2012) recently reviewed the fundamental differences between UCDP-GED and ACLED. UCDP-GED provides superior data for violence and fatalaties, but ACLED distinguishes itself by being the only source for non-violent conflict related events like troop movements and governmental aid. Furthermore, in contrast to UCDP-GED, ACLED uses less restrictive definitions of “events” and “actors” involved in an event. The effect of non-violent event coding and looser actor definitions is a larger database, however, it may be less suitable for statistical inference and analysis without substantial pre-processing. Spatially disaggregated conflict data presents additional challenges. Larger conflicts between the same actors often result in several battle events that are recorded as individual observations. Although UCDP-GED provides several metadata fields and additional datasets to better characterize the complexities of inter and intranational conflict, ACLED provides limited metadata and no additional datasets. 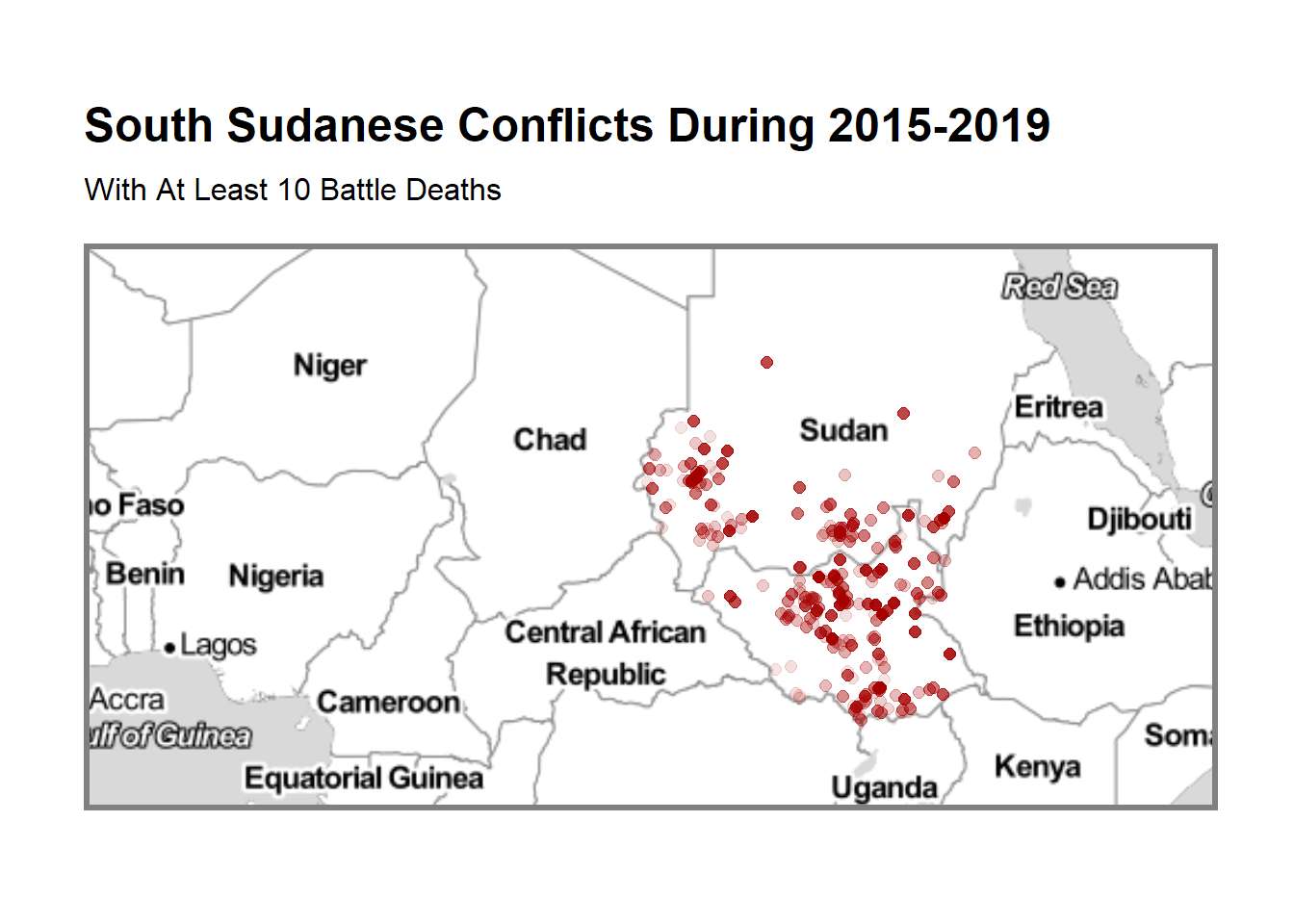 Figure 1: ACLED recorded battle events in Sudan and South Sudan from 2015-2019 with at least 10 fatalities.