Although anomoly based drought indices provide a platform to analyze drought severity across large temporal ranges and a variety of biomes, they are not without their drawbacks. Foremost, drought indices are dependent on the quality of data used for their inputs. At the minimum, this includes precipitation data, however, SPEI also requires temperature data to calculate the evaporative demand. When employed across large spatial extents precipitation and temperature data may be irregurly distributed, recorded with varying levels of precision and accuracy, or be subject to additional underlying biases. SPEI is also sensitive to the method for calculating evapotranspiration. For a more thorough discussion of SPEI outputs as a function of actual or reference evapotranspiration see Beguería et al. (2014). Lastly, drought indices require long base periods of reference data in order to accurately assess the severity of the drought and accurately fit the theoretical distribution of anomolies. Ideally, models should be calculated using at least 50 years of data.

Despite its relative immaturity in comparison to long established indices like SPI (1993) and PDSI (1965), SPEI has been widely adopted in the academic and practitioner communities. SPEI has recently been featured in examinations of the impacts of drought on cereal crops in China (Chen et al. 2016), agricultural drought risks in the Czech Republic (Potopová et al. 2015), grassland and livestock management (Starks et al. 2019), and characterizing future drought under increasing climactic stress in India (Bisht et al. 2018). SPEI routinely performs well in hindcast comparisons with other popular drought indices, however, the development team has responded to user feedback and peer reviewed critiques by further adjusting distribution parameter fitting, performing a thorough examination of evapotranspiration methods, introducing an R package for custom user dataset creation (Beguería and Vicente-Serrano 2017), and introduced a real-time monitoring system (Beguería et al. 2014). 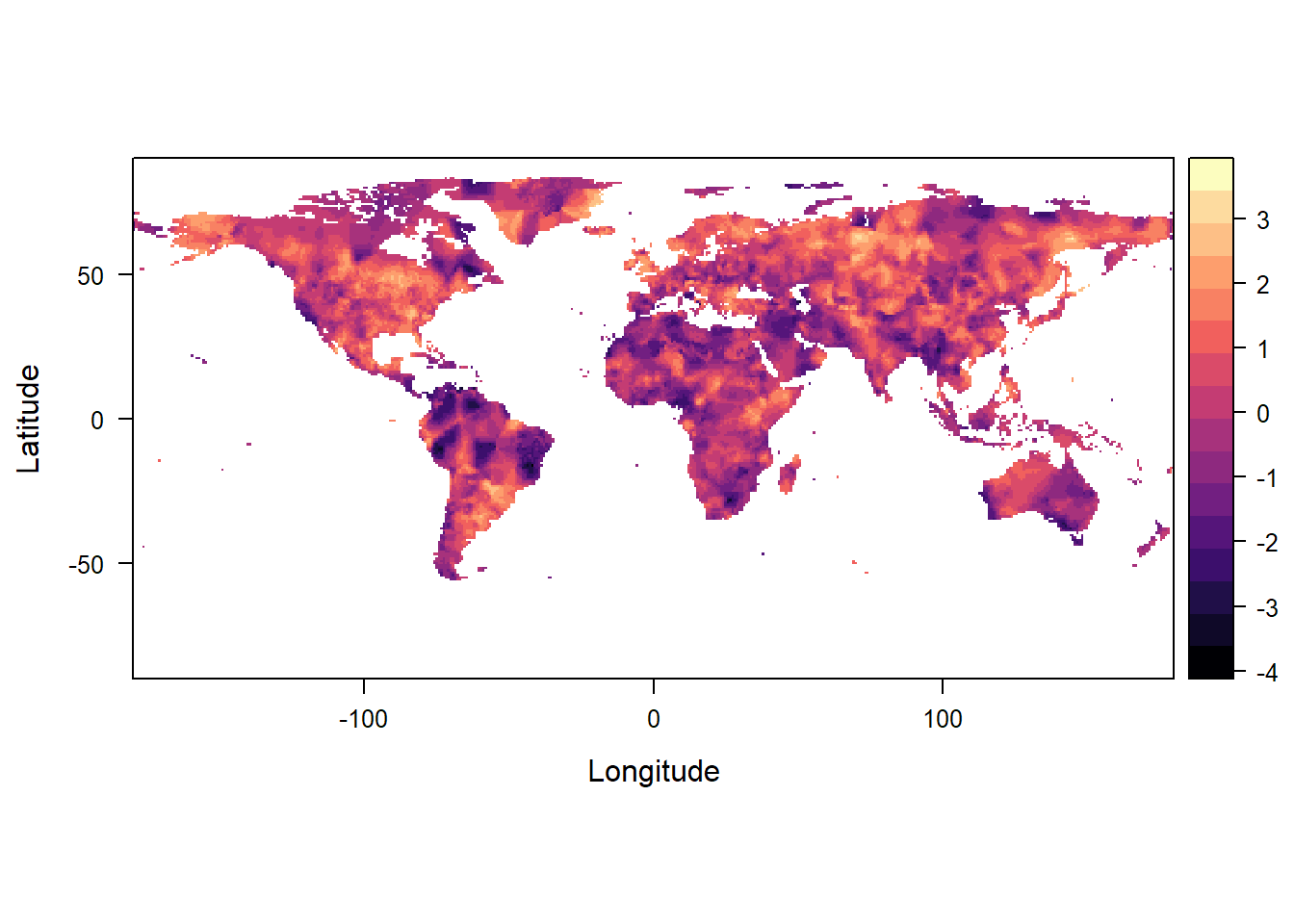