The United Nations International Migrant is one of the premier datasets presenting global snapshots of dyadic migrant populations. The dataset records host country, stock country, and population size for 231 international countries and territories. Additionally, the United Nations provides dissaggregated datasets featuring populations broken down by age and sex. In contrast to the United Nations Populations of Concern dataset, there are a limited number of competing datasets. These include The World Bank Group’s Bilateral Migrant Stock Database (Parsons 2007), and The Organisation for Economic Co-operation and Development’s (OECD) database of immigrants and expatriates (Dumont and Lemaître 2005).

Although the migrant stock dataset is featured in numerous peer reviewed manuscripts and commissioned reports, it still suffers from persistent issues that plague many human geography and migration datasets. There may be underlying discrepencies between countries, due to varying reporting methodologies. These may include reporting intervals, legal definitions of migrant status, or an administration’s capacity to accurately report populations. Moreover, as a result of the sensitivity of migrant populations and individual status, population estimates are often under-reported (Marbach 2018). 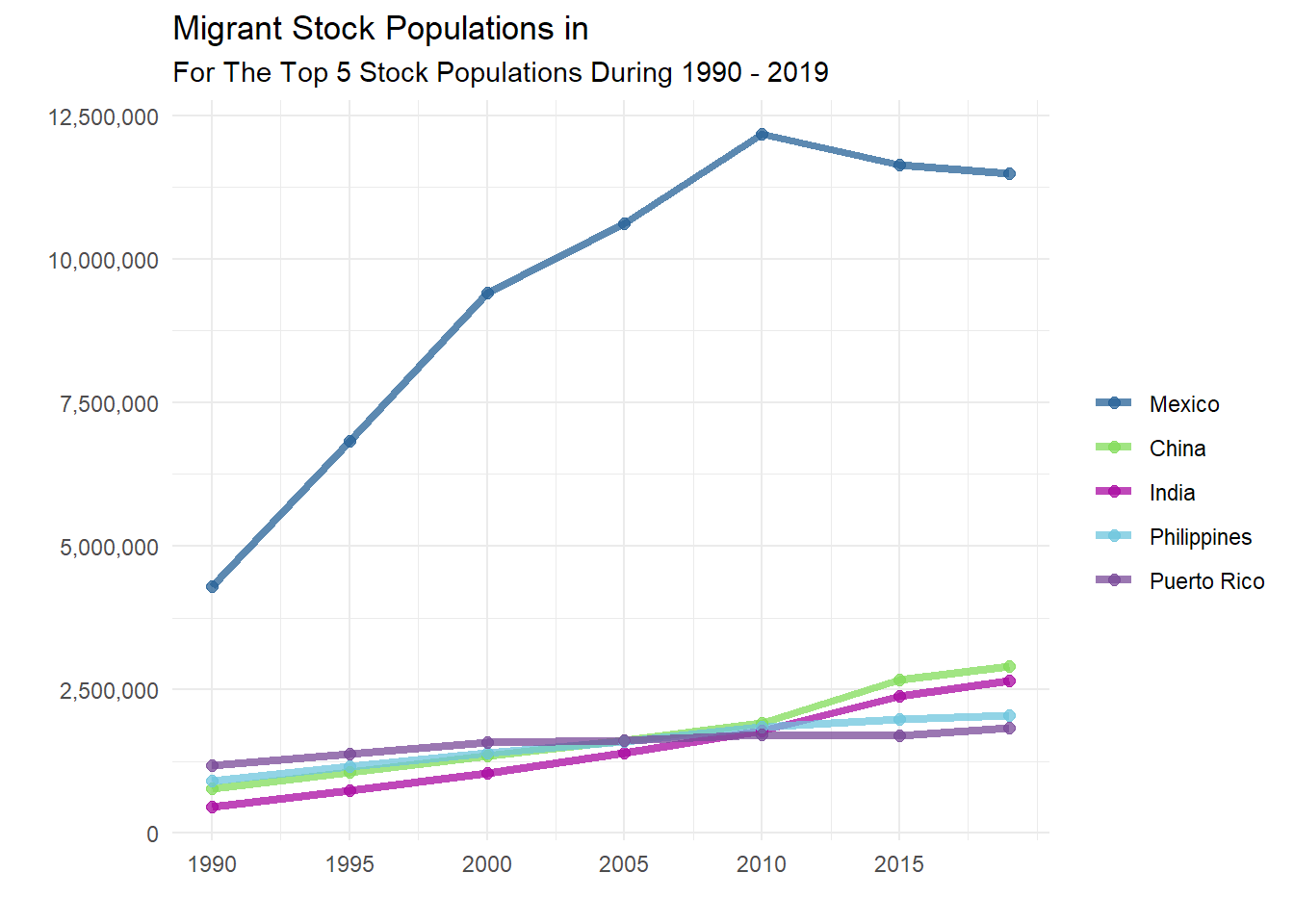