While it is often an overlooked aspect of research and commercial applications, joining tabular country data or performing statistical summaries of raster and vector feature data within country boundaries is a key component of geographical, political, climate, and social sciences. The CShapes database (Weidmann, Kuse, and Gleditsch 2010) is one of a small number of vectorized global municipal boundaries. Additional global vectorized municipal boundaries are available from The Database of Global Administrative Boundaries [GADM; University of California, Berkley (2018)], Natural Earth [NE; Kelso and Patterson (2010)], Esri/Garmin (Esri, Garmin International, Inc., U.S. Central Intelligence Agency, and National Geographic Society 2020), the Food and Agricultural Organization [GAUL; Food and Agricultural Organization of the United Nations (2015)], and the United Nations [SALB; The United Nations (2015)].

Whereas most of these data sets are fantastic resources for maps and current analysis, they provide no resources for historic visualizations or time-series analysis of spatially explicit country-year processes. The CShapes dataset presents ADMIN 0 boundaries, however, this is not the primary focus; the purpose of CShapes is to provide historical state boundaries dating back to 1946. This presents a few interesting questions: 1) what defines an independent state in this context, 2) what defines the spatial extent of a state, and 3) what constitutes a change in state boundaries? Weidmann, Kuse, and Gleditsch (2010) wisely chose to offload recognition of an independent state by relying on 2 well established lists of states born out of political science and conflict data sets: 1) Gleditsch and Ward (1999) and 2) the Correlates of War Project (2017). Most nation-state boundary data sets take practical approaches to the spatial extent of a state by relying on internationally accepted boundaries. States may often make wild claims about their territories (see Venezuela), however, as a practical matter, the actual boundaries are those by which they exert control over. This component of the CShapes dataset was developed internally and is described in detail within Weidmann, Kuse, and Gleditsch (2010). Lastly, CShapes relays temporal territorial changes by observing the merger, emergence, disappearance, or dissolution of independent states. These distinctions are also outlined in detail in Weidmann, Kuse, and Gleditsch (2010). CShapes is available as a standalone vectorized shapefile and a package for the R software package. As an added bonus, the cshapes R package offers functionality to calculate paired country distances based using either the distances between capitals, the distance between the centroid of the nation-states, or the minimum distance between state boundaries. These are excellent tools for several modeling exercises.

GADM is available as a standalone vectorized shapefile layer and is also distributed through the R raster package. GADM presents highly detailed boundaries to ADMIN 2 municipal subdivisions (U.S. county equivilent), while Esri/Garmin databases offer ADMIN 1 boundaries (U.S. States), Natural Earth provides ADMIN 1 boundaries for a limited number of countries, and GAUL and SALB provide ADMIN 1 and ADMIN 2 boundaries for select nation-states. Although GADM’s level of detail and delineation is superior to its competitors, there are drawbacks. The high resolution, specifically along coastlines, is often cumbersome when processing the data at large spatial extents with geospatial software. GADM boundaries may require simplification procedures to reduce processing times. Furthermore, GADM boundaries are not validated by any federal or international entity; consequently, while they are detailed, they are not necessarily accurate. A 2011 comparison of vectorized global administrative boundaries found that GADM boundaries were less accurate than SALB and GAUL (Brigham, Gilbert, and Xu 2011). For personal use and research exercises, the lack of validation is likey inconsequential; it’s also not commonplace in most geographic boundary databases. SALB promotes federally validated geo-databases, but participating nation-state boundaries are decentralized and must be acquired individually through the SALB web portal that links to federal geo-spatial repositories. GADM nation-state layers are aggregated into a singular data product that is more convenient for most applications. 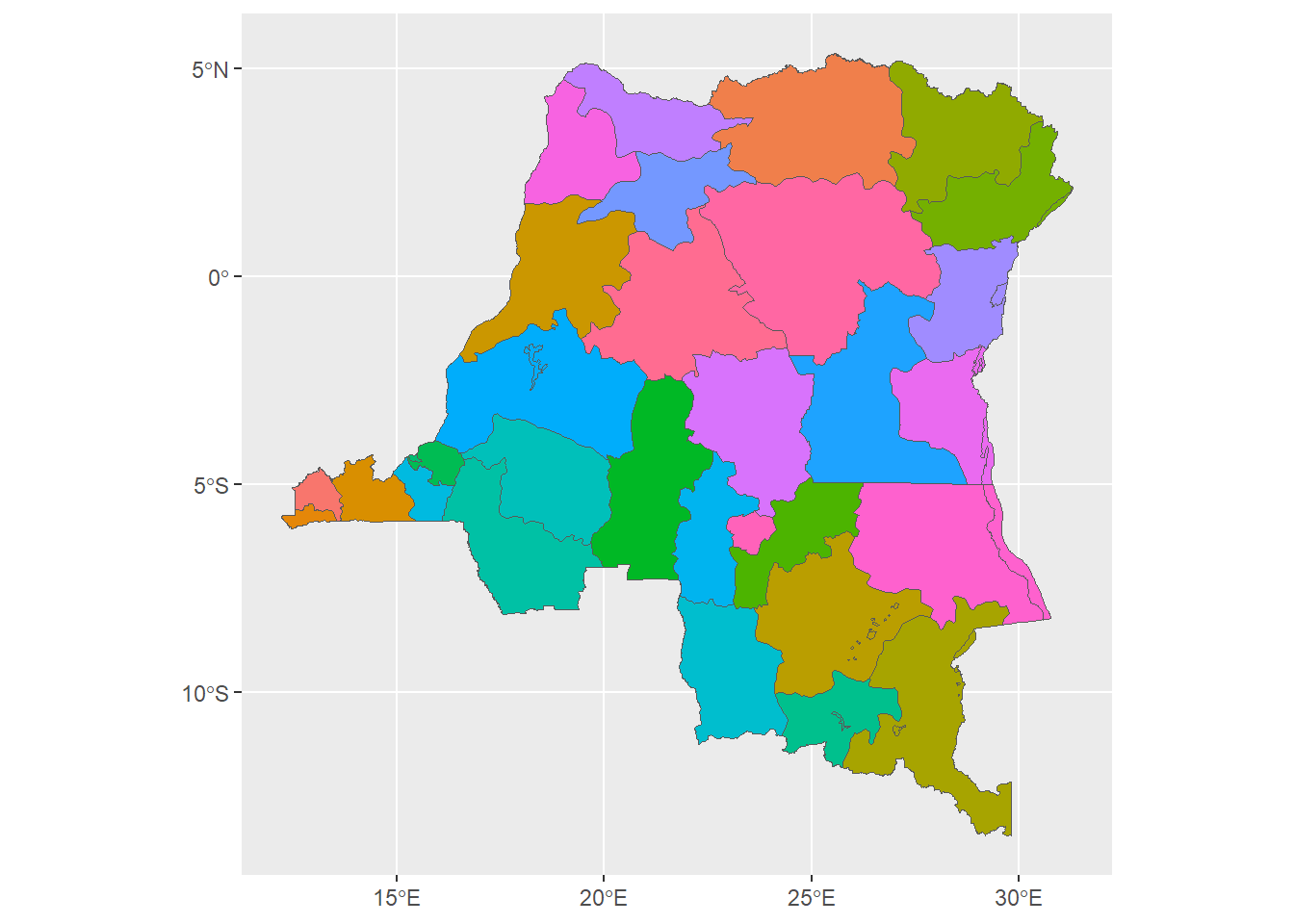 Figure 1: ADMIN 2 boundaries for the Democratic Republic of the Congo as specified by GAUL.

The GAUL compiles and disseminates the best available information on administrative units for all the countries in the world, providing a contribution to the standardization of the spatial dataset representing administrative units. The GAUL always maintains global layers with a unified coding system at country, first (e.g. departments) and second administrative levels (e.g. districts). Where data is available, it provides layers on a country by country basis down to third, fourth and lowers levels. The overall methodology consists in a) collecting the best available data from most reliable sources, b) establishing validation periods of the geographic features (when possible), c) adding selected data to the global layer based on the last country boundaries map provided by the UN Cartographic Unit (UNCS), d) generating codes using GAUL Coding System and e) distribute data to the users.